A single staking session has the following stages

Once the call for staking period is over and requests are accepted, a staking window of the specified time period begins. Tokens are locked in the staking smart contract for the duration of that window. Towards the end of the window, two things happen:

Right after the staking window is over, the staking rewards are delivered to users, proportionally to their share of the overall staked pool in that window.

The diagram below shows the timeline (with sample time periods) of the key events (calls for staking, withdrawal windows, rewards delivery and the chaining of consecutive staking windows) 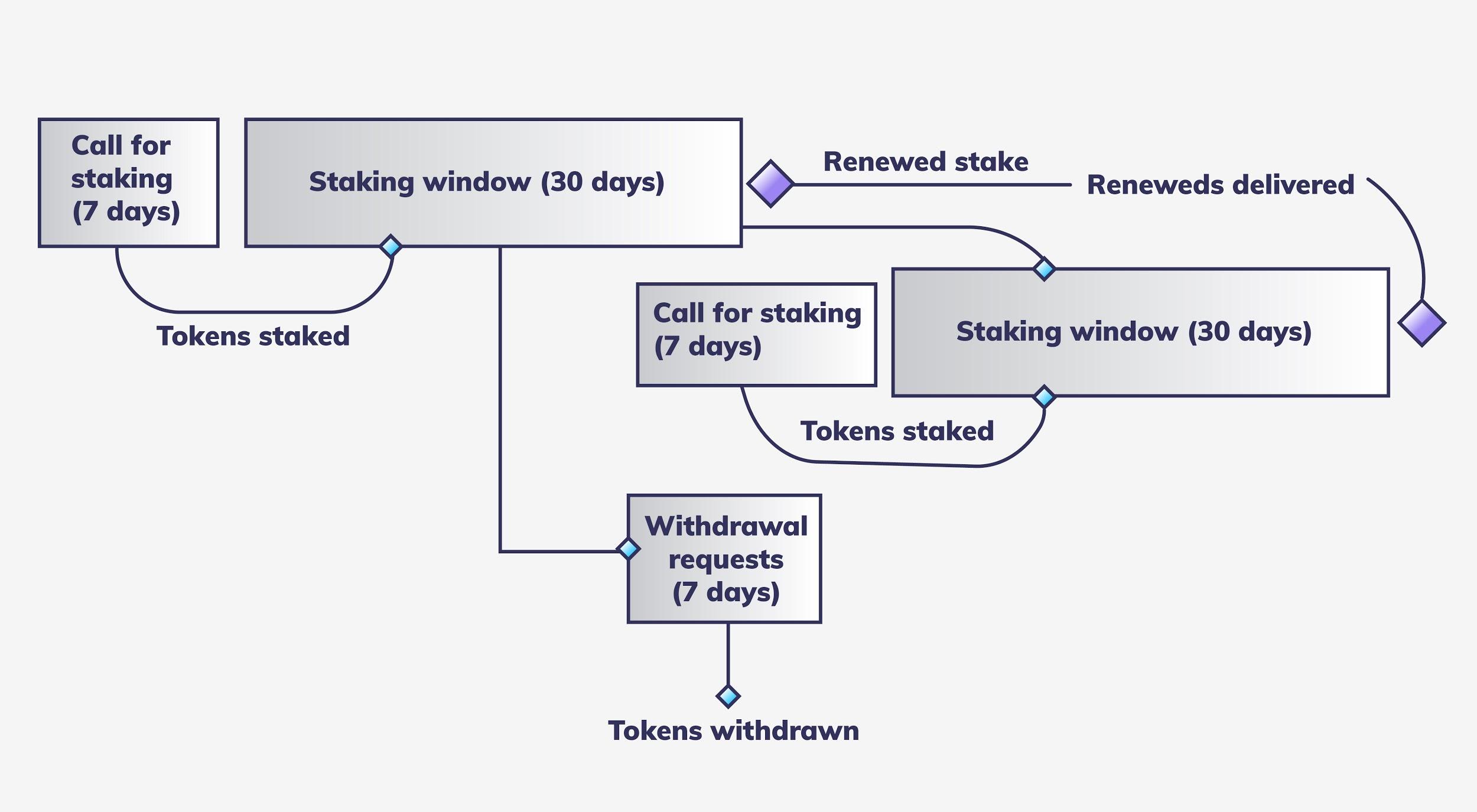 Ask a question in the forum